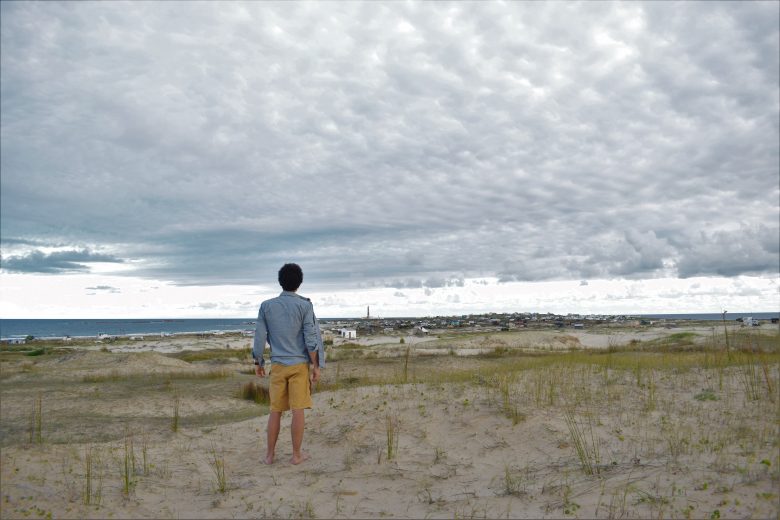 The home of mate, great beaches, asados (barbecues), Luis Suárez and a liberal lifestyle. Those are the first words that come to mind when describing Uruguay. This country is often overlooked as a destination by tourists with Argentina and Brazil as its neighbors. To be honest, it also seemed quite unknown to me, but it definitely surprised me in a positive way as I strolled along the coastline.

After spending about two-and-a-half weeks in Uruguay, I’ve visited the following places: 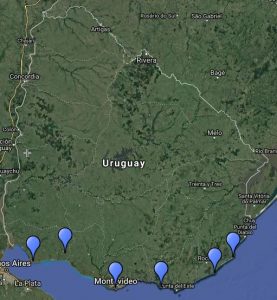 Of the places I visited, I will describe three below. For more information about the other places you can check my Polarsteps, leave a comment or just send me an e-mail (daniel.1991@live.nl).

Arriving in the little international airport of Montevideo I could feel that this wasn’t the most visited place. But what the city lacks in size of the airport it makes it up in the urban size. With a population around 1,5 million, Montevideo inhabits almost half of the entire Uruguayan population. Nevertheless, the city feels calm and relax.

This was also an easy start for my trip as Montevideo (or Uruguay for that matter) feels very European-like.

It is a safe city and is easy to hike or cycle around. And as I’m really Dutch, cycling I did! The best place to cycle must be the Rambla. This is a 20-km track along the shore where people can walk, jog, skate or (of course) cycle.

Although Uruguay feels relaxed, the people here also know how to party. Having the longest during carnival in the world (lasting over a month), I was able to enjoy the last day of carnival Montevideo on the 4th of March. The experience was great. And after performing for a month, they were still able to pull off a good show!

Another thing what you will see a lot in Montevideo, basically all around Uruguay, is the drink ‘mate’ which I mentioned earlier. This drink was first used by the natives and is now a local addiction. You will see a lot of mate-sets (cup and thermos in a leather holder) which people carry around. Personally, I think that (yerba) mate has a bitter taste which I identity with some strong black tea combined with cigar smoke. As you can imagine, you may dislike the first few sips. But it has an acquired taste, which simply means; the more you drink it, the more likely you are going to like it. Nevertheless, drinking mate isn’t as straight forward as drinking a tea. I think this site gives a quite good explanation on how to do just that.

Cabo Polonio is something else. It already started when arriving on the terminal. Big 4×4 trucks are awaiting to take you over 7 kilometers of rough sandy terrain to the little rustic beach town. Being there, after 30 minutes of a bumpy rollercoaster ride, it felt like I just entered a festival terrain. There were only ‘streets’ of sand, wooden sheds (?) of houses and stands and big flags waving all around. At the hostel ‘Viejo Lobo’ (meaning; Old Sea Lion) the bright colors, relaxed atmosphere and the simplicity of it all made me feel welcome. Everything is just really basic as there is no electricity or water supplies going to this town. The power was generated by solar and wind energy and the water was coming from a well underground. This means that a sustainable way of living is really necessary. On top of that, they only provide one full hour of Wi-Fi a day (most places here don’t even provide it). Saying that: ‘enough to stay connected, but not enough to turn people into zombies’. But by being here you don’t feel the need for Wi-Fi.

It was told me that for a long time only two families of fishermen lived here. During the 70’s and 80’s people became more aware of this place and tourist started to come. Just only since a couple of years, building new houses is restricted. Before that, people could just freely build something on this area. Also the trucks are something recent. More than 10-15 years ago everything needed to come by horse (building materials included).

After I left my bag in the dorm room, I immediately explored the little town. Above all the little houses only one building is standing out; the lighthouse. With an easy hike you can go around it and that pretty much gives you a view of the entire village. The main thing that I noticed during this hike is the distinct dirty smell. It was later told that this is caused by the colony of sea lions that also inhabit this place. The smell would come with the wind. And just like the waves it comes and goes. So you never know when to expect it.

Because Cabo Polonio is built on a little peninsula, you can both see the sunset and sunrise from above the sea. Relaxing and swimming on the beach, drinking mate with friends at the hostel and hiking along on the dunes it’s just all you can ask for.

This little cozy and picturesque town with cobblestone streets is made perfectly as a modern-day tourist attraction. The intensions of the Portuguese, who founded this place in 1680, where of course different.  They founded it to transport goods across the Río de la Plata into Buenos Aires. Now, a lot of people just come here for a day trip, buying a return ticket with the ferry from Buenos Aires or coming from elsewhere and visit for a couple of hours before heading to Buenos Aires. To be fair, this place can be seen in a small amount of time. But coming from a city 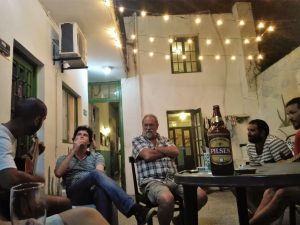 like Montevideo and not wanting to hurry to make it to the ferry in time, it felt like a perfect place to spend a couple of days.

Here I stayed in the hostel ‘El Viajero’. Although I’ve seen better hostels, it provides the basic needs and has a great common area. At night different random people from Argentina gathered who, by accident, could also play guitar, and they staredt to play some local folk music. This gave the place a special energy.

After this, I unfortunately had to say goodbye to Uruguay as I would continue my trip in Argentina. Uruguay has been a great surprise to me, although it sometimes didn’t really feel like I had left Europe and entered South America . Nevertheless, it’s a relaxed, friendly and a little odd country. My recommendation to travelers is to not skip Uruguay, but to try to experience this special place. 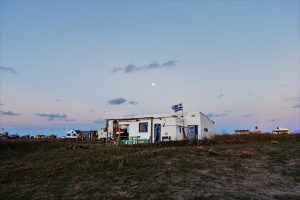