Uruguay, the second smallest country in South America. Locked between the two large countries of Argentina and Brazil. Although its size is 2,5 times bigger than Holland, it has only a population of about 3,5 million. Due to being politically stable and having some social reforms over the last few years, Uruguay now enjoys a high standard of living.

In Pre-Columbian times, the indigenous tribe Charrua inhabited the land which is now Uruguay. They were fierce warriors and could hold back the Spaniards (Fairly said, Spaniards weren’t that much interested in the inner land because of the lack of gold and silver). Uruguay feels very western-like and you can almost see no indigenous people or mestizo (half European half indigenous) around. When gaining independence in 1830, the first president of Uruguay ‘Fructuoso Rivera’ gathered the various indigenous tribes for a peace treaty in 1832. While the indigenous tribes were celebrating and getting drunk on the alcohol they got, the militants of the government performed a massive genocide knows as the ‘Slaughter of Salsipuedes’. Killing thousands indigenous people. While most were killed, others fled to neighboring countries. Leaving only a handful of people (literally four) behind, which were brought to France and put on display for public. Now there is a monument in Montevideo build in their memory of those four Charrúas.

Because of that you will see no native surnames or an indigenous community, which is unique in South America. Now, Uruguay seemed to let go of its blurry past and is now considered to be one of the most progressive countries in Latin America. Mostly thanks to their previous president José Mujica. Also voted for most humble president by donating around 90% of his salary to charities that benefit poor people and small entrepreneurs. In his term (2010-2015) he legalized three important acts: free/gay marriage, free abortion and, the most famous one, marihuana. Besides this Uruguay is getting most of its energy (around 95%) from renewable sources in about 10 years without government aid. They also let go of religious signs on public buildings (even churches on the outside). 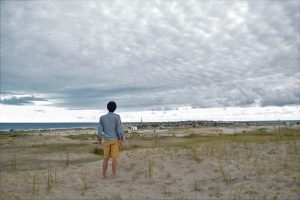