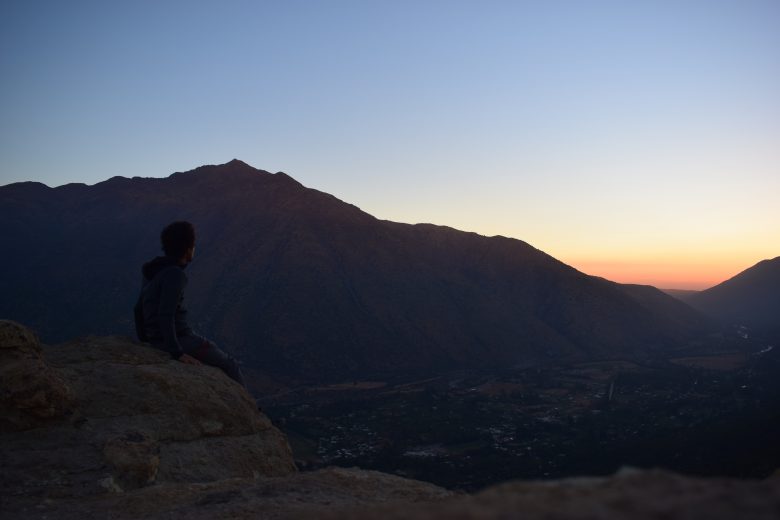 Once arrived in Chile, I thought I wouldn’t stay here for this long. I calculated on maximum a week, as I planned only to see San Pedro de Atacama. From Mendoza I would make my way up in Argentina and cross the border via Salta. Thing is, I went from Mendoza to Valparaíso and my stay in Chile turned out to be a little more than a month.

The Spanish named this area ‘Valle del Paraíso’ (or Paradise Valley) and it’s easy to see why. It is officially illegal to use graffiti in this city, but it is no use for the police to try and stop this. So the only thing an artist needs is the permission of the owner of the building in order to paint it.

Arriving in Valparaíso after a 9 hour bus ride felt rewarding. After dumping the bags in the hostel I went out to explore the city during sunset. With its outstanding mural graffiti paintings, this city of many hills made me want to take pictures on every street I entered. It was a lot to take in and I knew I wouldn’t had enough of being here for only 2 days. On that evening I strolled around and bumped into some people in front of an upcycling clothing store. We exchanged some stories and got invited over to their workshop for lunch the next.

The workshop was located a little outside the centre across ‘Cerro Artilleria’. The workshop had two floors. Downstairs was were the actual clothes being made. The second floor was more of a playful ‘office’, where also two bedrooms, a kitchen and a bathroom can be found. Because one of the guest was about to leave, I could stay here for a couple of nights. This looked like an ideal place to work further on my blog and settle my pace a little after seeing so many places. I came to enjoy this place and learned much from the environment. What I came to know here was the process of their clothing production and the people behind it, who really impressed me.

With their brand ‘Docena’, they want to change how people look at clothes and textile. ‘Every piece of cloth has to be unique and sustainable’ as Mechi, co-owner of Docena, told me. She started this brand with her partner, Mariano. They met while designing clothes for a big company that produced clothes by mass. Both felt like this just wasn’t something for them and starting to collect older/used pieces of clothing in Bolivia and the north of Argentina, to make new unique ones. While living in Buenos Aires, they made good business and could sell all of their clothes almost immediately to loyal or new customers. After some turns of event they went Santiago and eventually ended up in Valparaiso. Nowadays, they don’t only focus on clothes, but also focus on the community by giving workshops or creating customer tailed textile posters at festivals and looking to involve children by creating a ‘ropateca’ at a school for example. All to make people more aware of clothes.

It feels a bit weird to write about Santiago in one piece, as I visited this place three times on different occasions and mindsets. So I try to combine these experiences bellow.

Santiago seemed to me like a big easy-going city on arrival. Where at other places people will look at you wearing a big backpack, here they don’t seem to notice/care. I was already warned on arrival that Chilean people are way different than Argentineans. Were Argentineans can be more emotional, here they seem more shallow (generally speaking). And that is exactly what I experienced. It was a thing I needed to get a little used to at first.

Spending almost two weeks here, I got the chance to see a bigger part of the inner-city. Santiago is a city with a population around 7 million, so it’s impossible to cover it all. But as far as I’ve seen it’s a city where it is easy to get around by foot, subway or bike. On Sundays, for example, they even close down some main streets for several hours, so that people can run cycle or skate on the big lanes in the inner city.

I spent the first three nights here in a big but decent hostel. During this time I went to two different walking tours to get a good view and background information of the city and the country in general. I also cycled my way up to Cerro Cristobal. The biggest hill in Santiago preserved as an amazing park. Once you are on top you have a panoramic view of the entire city. And cycling down is most fun, as you can cross with high speed down the curved road. Although a pub crawl normally isn’t my thing, Santiago seemed to have an outstanding nightlife. During the pub crawl, which was held in the Providencia area, you can dance to all the different types of music (which is often way too loud) till early in the morning. 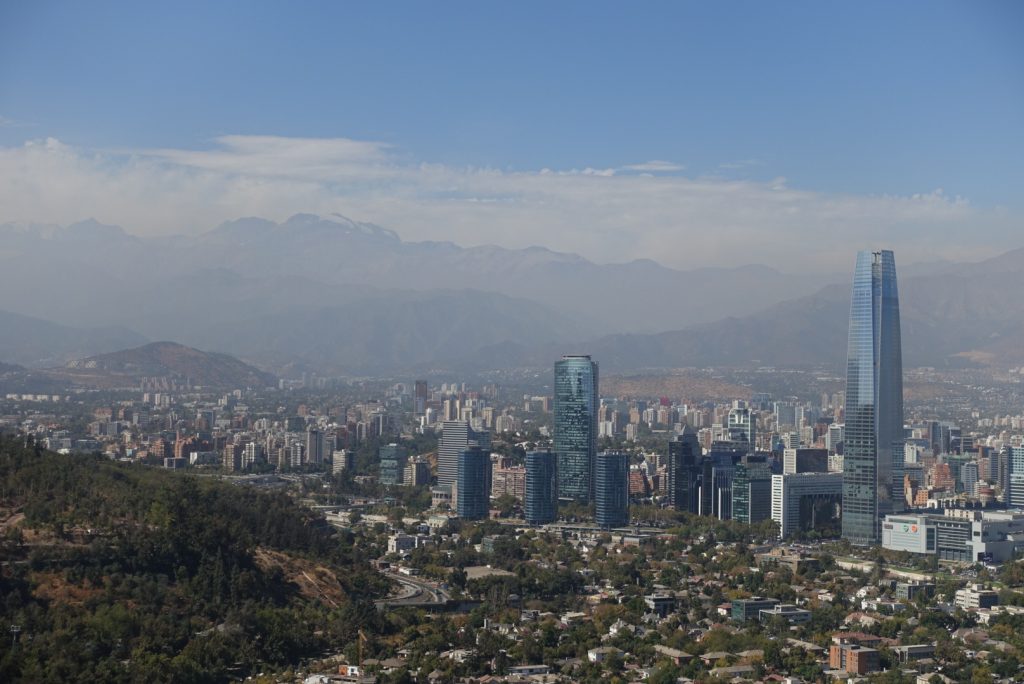 As you might had read in my previous blog, I got robbed on my way to San Pedro de Atacama. So I was forced to go back and apply for a new passport. With an unexpected extra week to spend here and still in bad mood, it wasn’t nice to stay here again. I saw myself in Bolivia right now. But, I had to make the most of it. After the first five nights in Santiago, I was getting restless and really wanted to go out.

This is how I planned a three day trip to Cajon de Maipo. A small rural area between the mountains just outside Santiago. Normally I don’t want to praise hostels, but I think I stayed here in the best hostel (Hostal Chikiyan) I’ve experienced so far. It was beautifully located on a hill. Although it might be 50% more expensive as you would pay for a regular hostel in Chile, you get so much more in return. Everything was newly and neatly designed and built by the owner, with super friendly staff and a delicious breakfast of local produced products every morning. 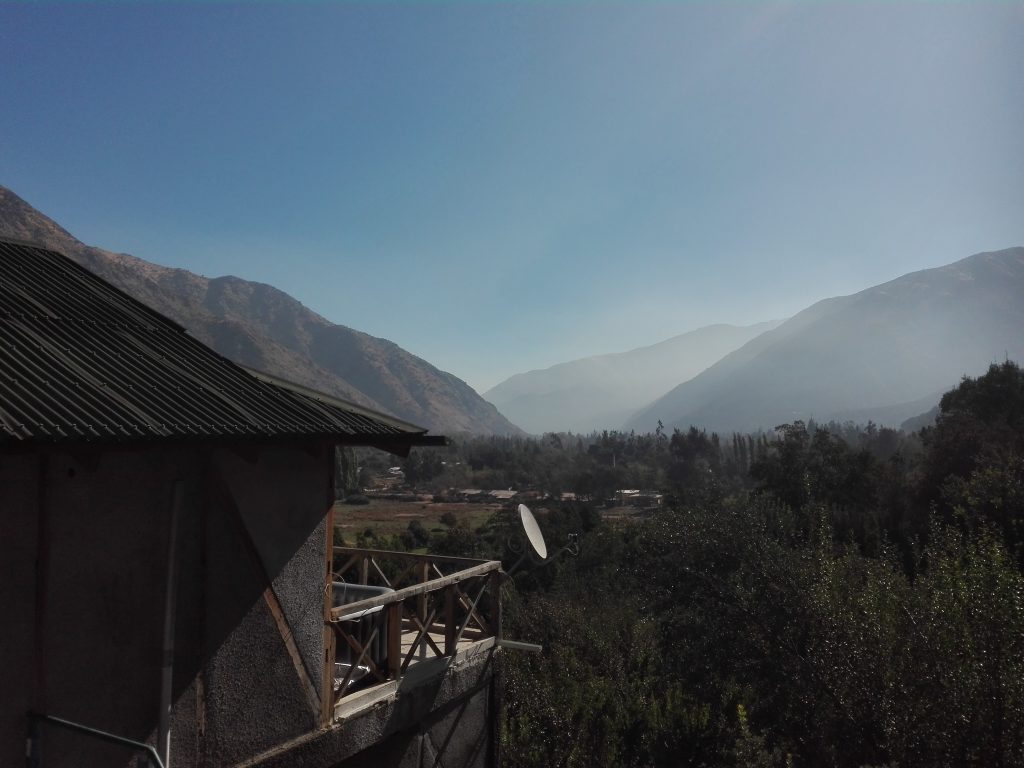 From here I planned a day hike in a park to a glacier nearby. Getting to this park isn’t as straight forward as it might seem, because the bus would only get you halfway. This way I was forced to hitchhike as well. As I’ve never done it before, it was a nice experience to get in contact with locals as well. The hike was simple, but rewarding. Fresh air, a little exercise, relaxation and prestige mountain peaks. I really needed that after spending a long time in a big city.

Getting back in Santiago, for the last two nights, the chaos started again. I found a very nice designed Airbnb in a little rough but creative neighbourhood. On the first night I was planning to have a early night as I needed some rest. Than, around 9 in the evening, a fire broke out two houses further. A little bit unaware of the seriousness of the situation, I got out quickly as the host and other guests accompanied us. Because of the suddenness of the situation I forgot to take my most valuable belongings with me. It started to feel serious as the smoke took up the entire street and at least five fire trucks arrived. Luckily the situation was under control within a few hours, nobody got hurt and my belongings weren’t damaged. The sad part is that a few, seemed poor people, lost their entire home…

Besides the area surrounding Santiago and San Pedro de Atacama, I also wanted to see more of the country. As I needed to go upwards anyway it brought me to the Elqui Valley, Rividavia to be precise. Here was a decent, newly made hostel located. It even included a swimming pool, which was very nice to cool off from the desert heat. 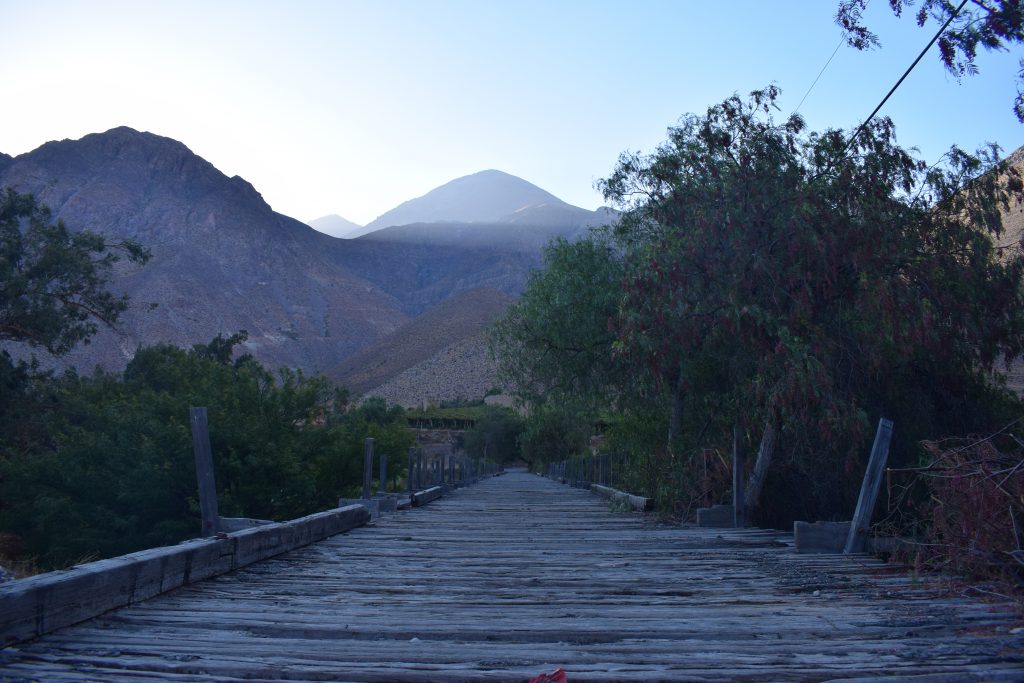 The Elqui Valley is know for its dry skies, and the producing area of the local poison ‘Pisco’, a strong alcoholic beverage drank all over Chile (and Peru). Besides exploring the nearby village, mountains and relaxing around the hostel, I’ve also been to Pisco Elqui. This is a charming little town nearby, were I went to an astronomical tour with a new made friend. This astronomical tour wasn’t as interesting as I first thought. The old guy giving the tour was only speaking Spanish and more about politics than stars. Besides this I was freezing. As daytime can easily reach 30 degrees, nighttime can be 20 degrees colder. I wasn’t prepared well with my shorts, so I had to sit it through for about 2,5 hours.

San Pedro the Atacama is a frontier town, which also really feels this way. With most houses still made of mud/clay, it gave a traditional feeling. This is also the place I was looking most forward to during my trip through South America. As I got robbed on my way getting here, I maybe couldn’t enjoy it as much as I wanted it to. I needed to go down and up again to and from Santiago, so I spent twice three days here. The first three days I unfortunately spent much time on administration and insurances. 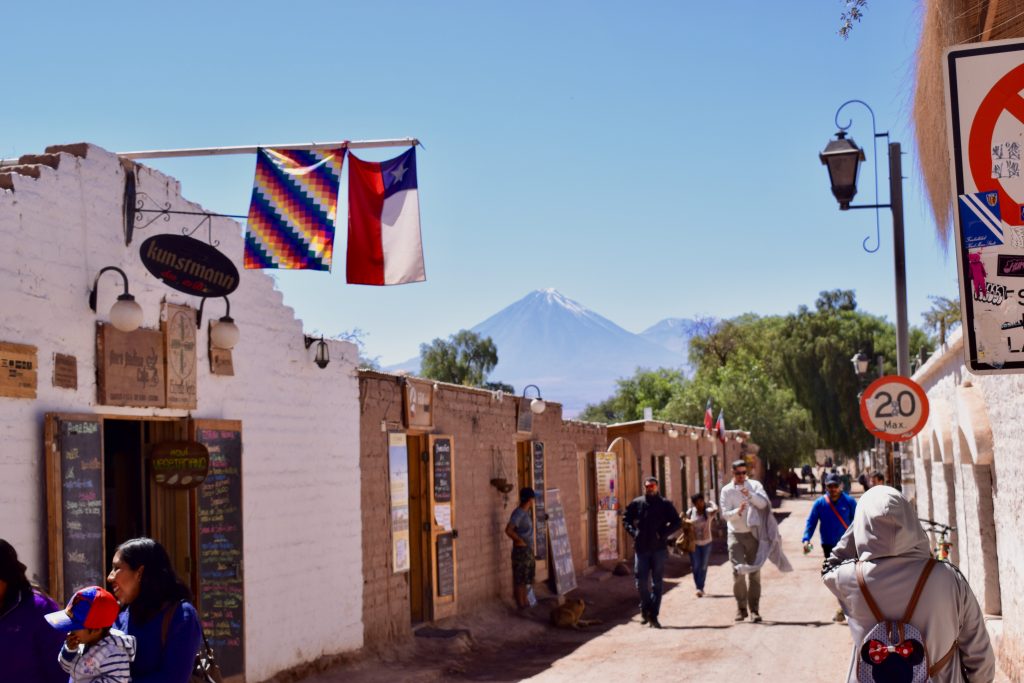 After an interesting walking tour around the town, I went cycling to Valle de la Luna. I had heard good stories about this place so I rented a mountain-bike and headed to this park. It was an intensive ride were my mountain-bike was trembling on these bad road conditions, sometimes struggling through sand. But it was really worth it while cycling through various of alien landscapes. It was unlike anything I saw before. And the feeling of cycling through the driest (non-polar) desert is something surreal. It took half an hour to get to the park and from there, with seeing all the sites in between, about two to get to the end of the park. After seeing most of the park I headed back to a dune, where it is recommended to watch sunset. And what a sunset it was! Overlooking the dune rough landscape turning red in the foreground and the snowy Andes mountain peaks in the background, is a sight you will never forget. Check out my Photo Special to get a glance of the impression.

Besides Valle de la Luna, I also went cycling to watch sunset at Valle de Marte. Somehow a little less impressive, but still very beautiful, easier to reach and less touristic (as no tour operators will go there). This place is also popular for sand-boarding as it has a huge sand dune.

I finished off San Pedro de Atacama with an astronomical tour. The one in Elqui Valley wasn’t enough for me, so I decided to do one here as well. I was hoping to see this place with new moon (that is when the stars and the milky way are most visible). I got to see the night sky with almost a half moon. This was because a big time delay due of the robbery. Despite this, it was still very impressive to see.

The next day I had to wake up early as I would start a three-day Uyuni tour. A tour I was really looking forward to, also to finally leave Chile behind and enter Bolivia!

Besides a little bad taste in my mouth due to the robbery, Chile had been an interesting country. You can find most beautiful and various landscapes. But it is also very artistic in graffiti and literature. Valparaíso and the Atacama desert had been my highlights (although that opinion is limited as I didn’t travel further south than Santiago). Valparaíso because of it’s artistic value and the Atacama desert because of its surreal and unbeatable landscapes. Don’t expect it to be a cheap country though, as prices are comparable to Holland.
0
Previous Post
Next Post 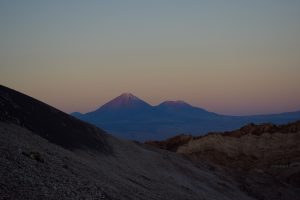 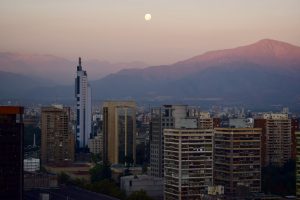